You are here: Home / Confederate Basics / Some Remarkable Covers

From the collections of our members and other authoritative sources, we are pleased to present some especially significant postal history. 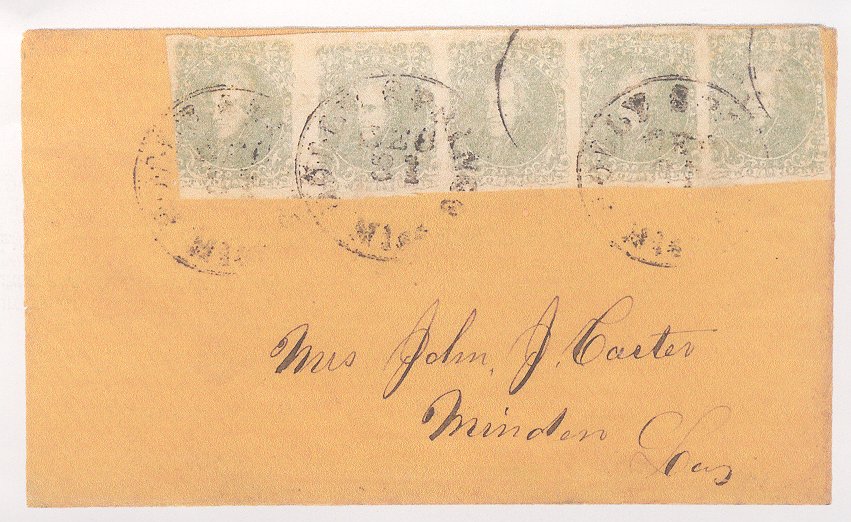 Gutter strip of five of CSA No. 3 paying the ten cent rate. Only two examples are known with the gutter strip on cover. Holly Springs, Mississippi CDS. From the collection of Jim Monroe. 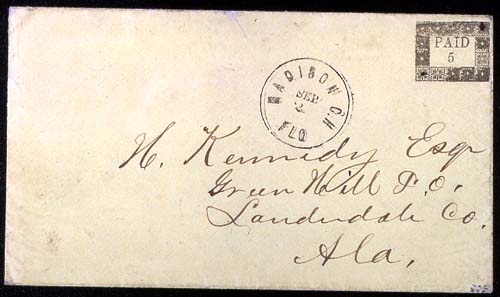 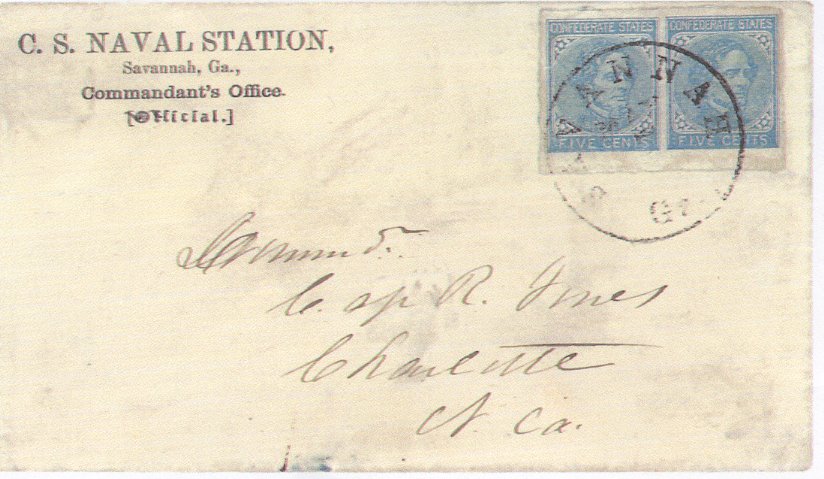 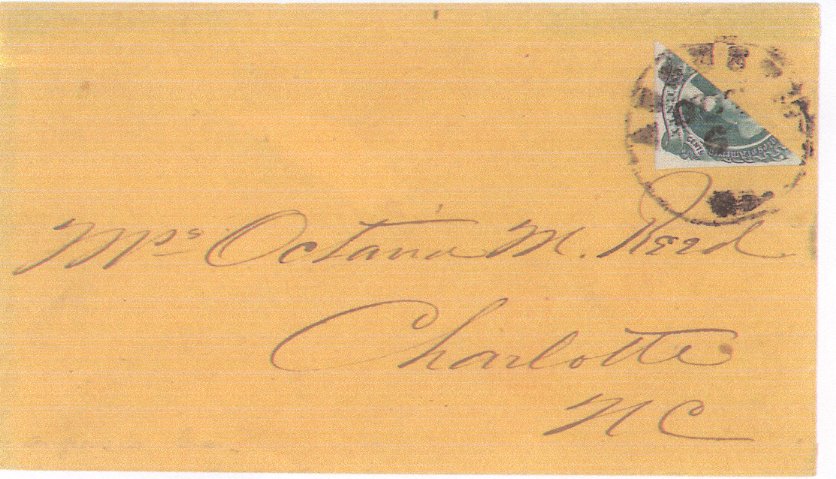 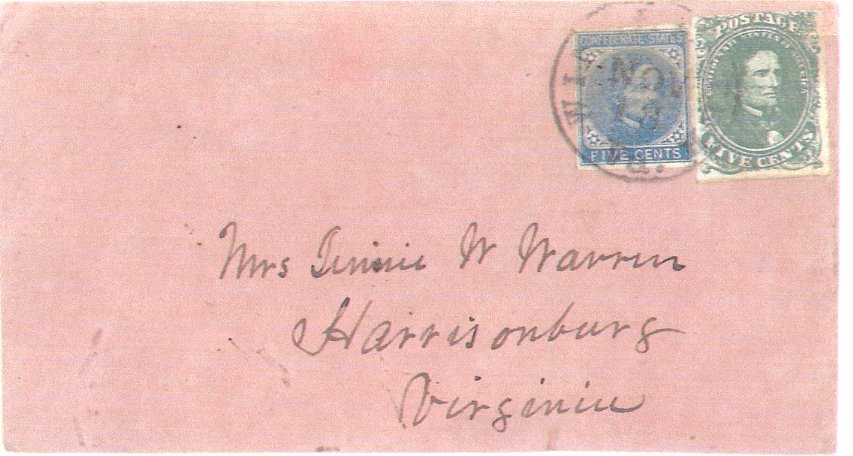 Combination of general issue stamps – #1 and #7. Winchester, Virginia CDS. From the collection of Col. Jim Monroe. 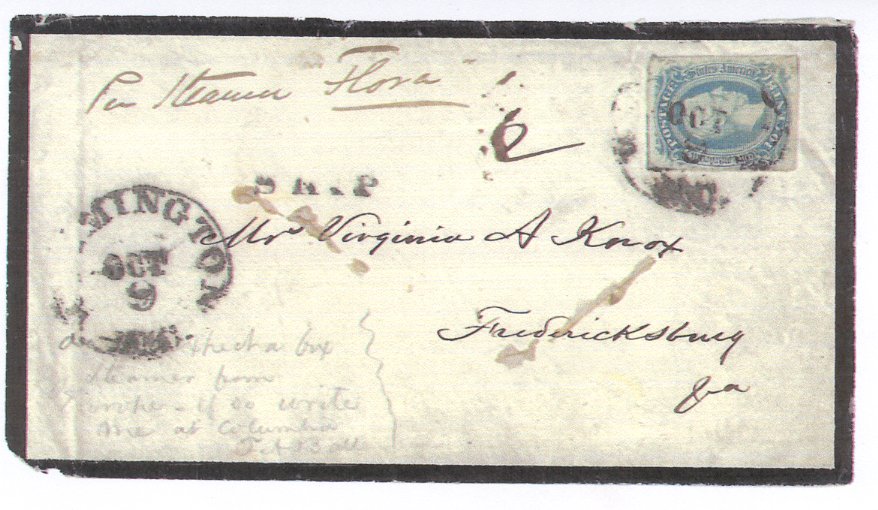 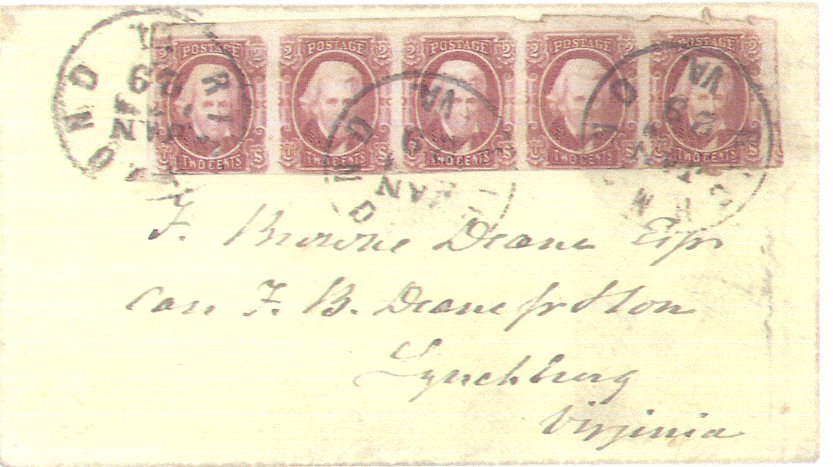 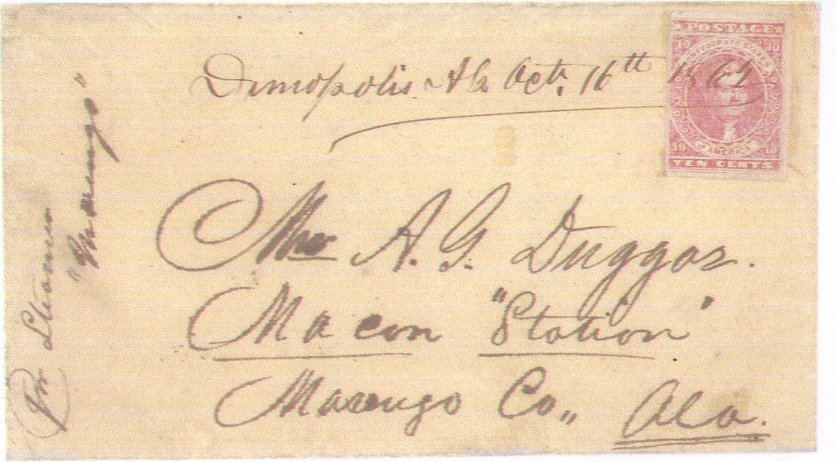 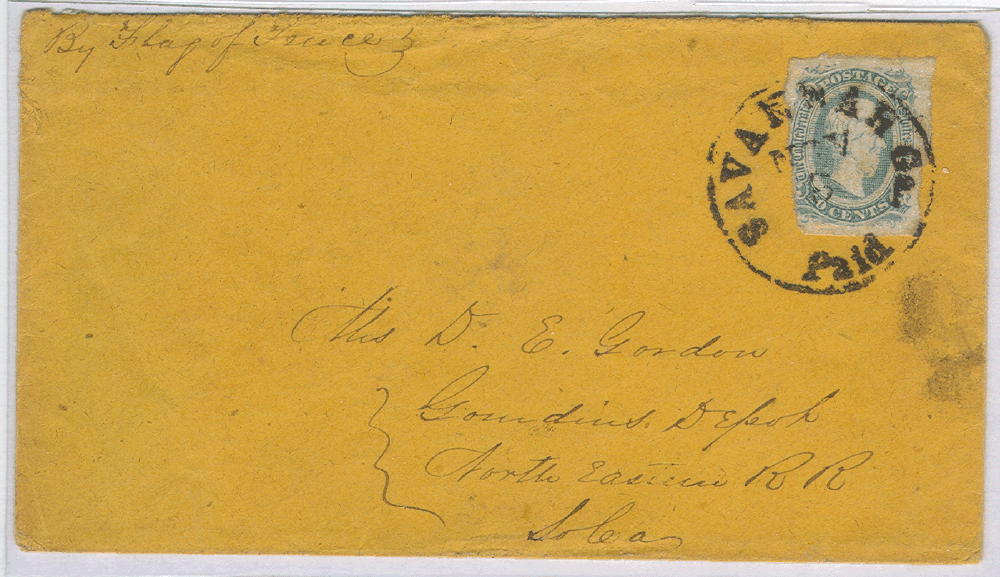 Immortal 600 “Prisoner of War” (sent by Flag of Truce) D E Gordon 2nd Lt Co I 4th SC Cav. Reg’t. This is one of 9 known covers mailed through Savannah from Fort Pulaski. This being the ONLY one with Confederate Postage, all others were sent “Due”. From the collection of Col. Larry Baum. 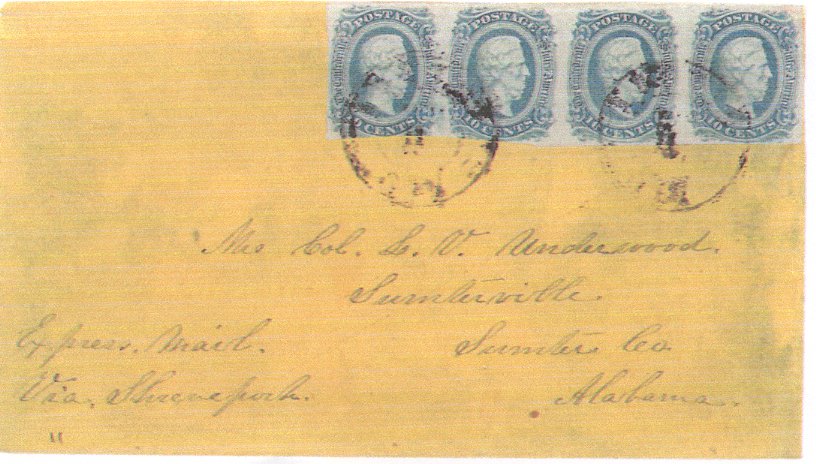 Trans-Mississippi Express cover with a strip of four of #11 paying the forty cent rate. Austin, Texas CDS. From the collection of Col. Jim Monroe.

The only known 3-cent Madison, Florida postmaster provisional, Scott #3AX1, used on cover. It is canceled by oblong PAID cancel with a clipping from the original letter headed “Madison Florida Feb 13 1861” and manuscript note “This part of letter with envelope.” Ex-Avery, Duveen, Hind, Ferrari and Caspary. Full article on the Madisons located at “Anatomy of a Postal History Research Project” [Madison, FL]. Ex-Kaufmann. 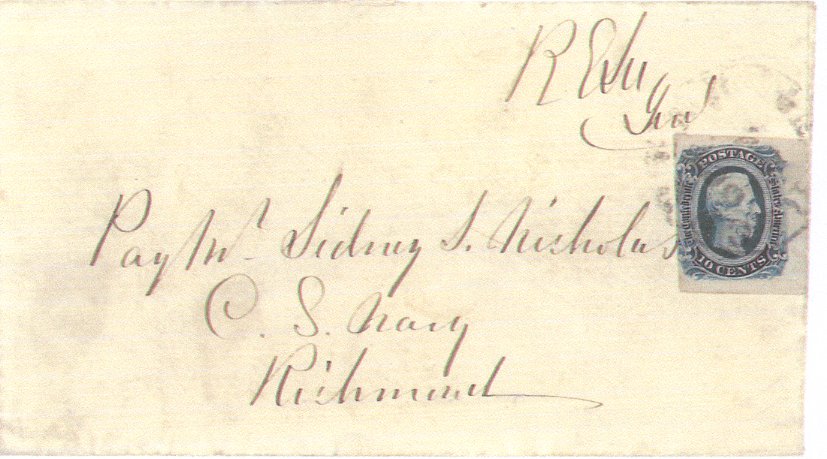 General Robert E. Lee postally used field endorsed cover with a #12 stamp. There are only 15 of such covers known. These covers are considered one of the crown jewels of Confederate postal history. This cover is also an overpaid drop letter – the correct drop letter rate was two cents. Richmond, Virginia CDS. From the collection of Col. Jim Monroe. 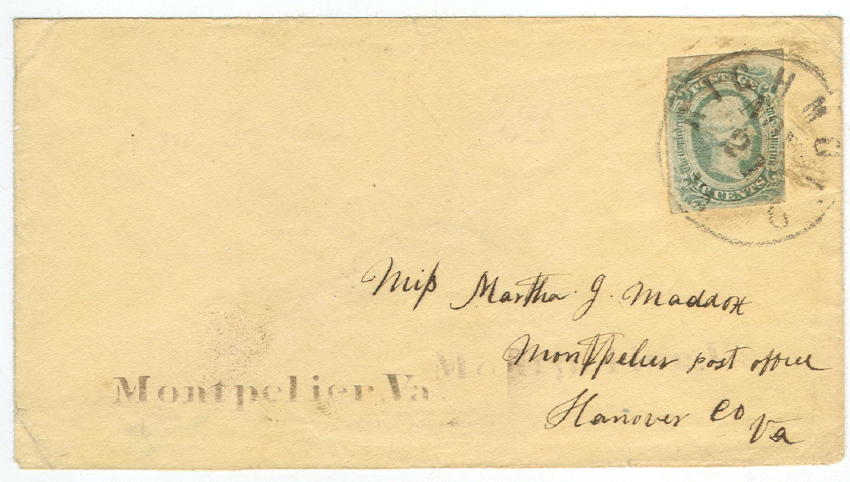 Montpelier Va. straightline cancel used as a receiving mark. According to Gen Connie Bush’s book ‘Straightline, Fancy & Unusual Cancels……’ this cover is one of only two known of the marking on cover, and is pictured on page 18. The other cover, a 20 cent green #13 is shown in James W. Milgram’s article in The Confederate Philatelist, May-June, 1989: “A Confederate Stencil Postmark”. From the collection of Larry Baum 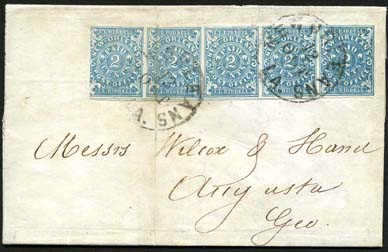