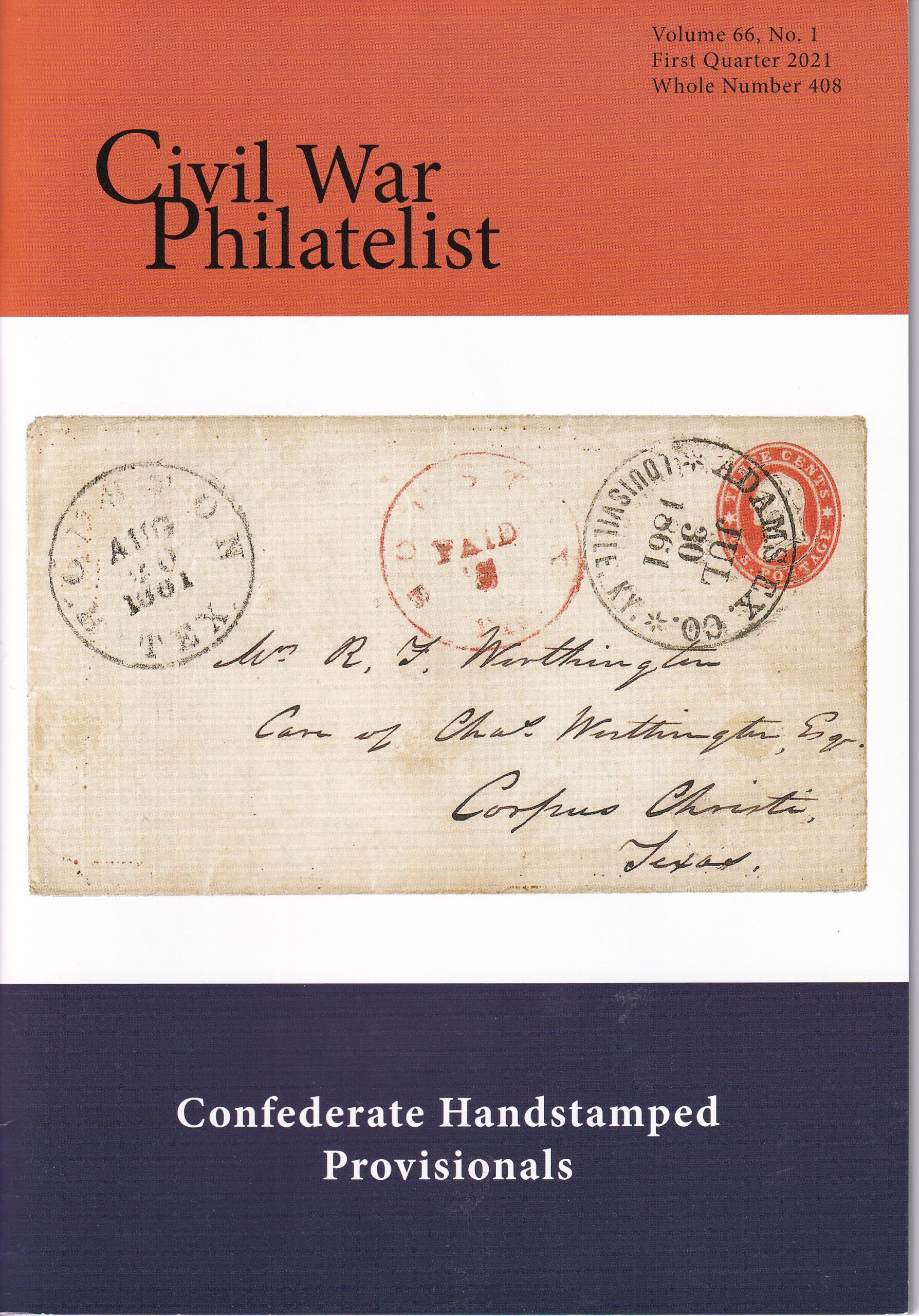 The CP was reformatted to a larger size in January 2005 and became a quarterly publication. The first two issues in 2007 contained four color pages. Starting with the July-September 2007 issue the Confederate Philatelist became a full color journal.

The CP was one of American philately’s oldest and most respected journals. It won a gold medal in the APS literature competition at the August 2010 APS StampShow at Richmond, Virginia, and at the November 2010 show at CHICAGOPEX. In 2012, the CP won a Reserve Grand and Gold for periodicals at the National Philatelic Exhibition (NAPEX).

To view a selection of articles from the Confederate Philatelist click here.